What or who is the antichrist and what is the mark of the beast?

Over the centuries many human figures have been wrongly identified as the beast or antichrist.

Starting with the ancient Roman Emperors Nero and Domitian, who oversaw the severe persecution of Christians, through to more recent figures like Adolf Hitler and Joseph Stalin, the former well known for his hatred for the Jewish people.

Even some of the Roman Catholic Popes have been accused of being the antichrist. It has often taken the death and passing away of these individuals to quench the rumours.

A more recent associations with 666 and the antichrist is the Covid-19 vaccine. Hopefully, those deceived by this latest rumour will see that it has no credit when examined in the light of the Bible and will not have to wait for history to prove it false again.

The phrase, ‘mark of the beast’ and 666 is found in Revelation 13. Revelation was written by John the Apostle.

Revelation 13:1-2 (ESV)
And I saw a beast rising out of the sea, with ten horns and seven heads, with ten diadems on its horns and blasphemous names on its heads. 2 And the beast that I saw was like a leopard; its feet were like a bear's, and its mouth was like a lion's mouth. And to it the dragon gave his power and his throne and great authority.

John 4:3 (ESV)
3 and every spirit that does not confess Jesus is not from God. This is the spirit of the antichrist, which you heard was coming and now is in the world already.

In revelation 13 the beast rising out of the sea is given power by the dragon. The dragon is clearly identified in the previous chapter as satan.

Revelation 12:9 (ESV)
And the great dragon was thrown down, that ancient serpent, who is called the devil and Satan, the deceiver of the whole world—he was thrown down to the earth, and his angels were thrown down with him.

If the dragon is satan, who is this beast? Fortunately, Daniel 7 has the answer. Please read the whole chapter. Here I quote the key verses.

Daniel 7:1-2 (ESV)
In the first year of Belshazzar king of Babylon, Daniel had a dream, and visions passed through his mind as he was lying in bed. He wrote down the substance of his dream.
2 Daniel said: ‘In my vision at night I looked, and there before me were the four winds of heaven churning up the great sea. 3 Four great beasts, each different from the others, came up out of the sea.

Fortunately, Daniel gave us an explanation of the beasts.

Daniel 7: 17 “The four great beasts are four kings that will rise from the earth The four beats are Kingdoms ruled by kings.

The fourth beast is the one that is mentioned in Revelation 13 and Daniel has shed light on this too.

Daniel 7:23-25
23 ‘He gave me this explanation: “The fourth beast is a fourth kingdom that will appear on earth. It will be different from all the other kingdoms and will devour the whole earth, trampling it down and crushing it. 24 The ten horns are ten kings who will come from this kingdom. After them another king will arise, different from the earlier ones; he will subdue three kings. 25 He will speak against the Most High and oppress his holy people and try to change the set times and the laws. The holy people will be delivered into his hands for a time, times and half a time.

Now, with the benefit of history we can look back and identify these four Kingdoms that did arise:

History testifies to these four powerful kingdoms. First there was the

1. Babylon kingdom. This was overtaken by
2. The Persia Kingdom (also called Medo Persia empire)
3. Then Alexander the Great of the Greece empire and finally
4. The Roman empire.


The beast is the wordly kingdom and powers hijacked by the powers of darkness to exceute the agenda of satan.

The Mark of the Beast 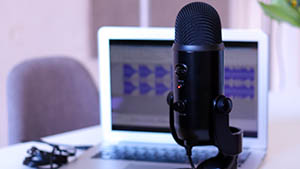